Interest rates have risen in the middle of a federal election campaign, the ASX fell in immediate response and inflation is on the rise; you could be forgiven for flying into a small (or large) panic given the media attention these issues are being paid at present.

But let’s take a step back and wrap some well needed perspective around the situation, starting here:

In 2020 official interest rates were slashed to a record low of 0.1 per cent as an emergency response to the coronavirus pandemic.

WHAT WAS THAT YOU SAY? “A RECORD LOW”?

That’s correct. The rate was not your normal everyday rate. It was historically and abnormally low. In fact, you could even say, an unprecedented low.

And yes, it was great while it lasted. Australians had the opportunity to pay down mortgages, expand investment portfolios, and just generally save their money while working from home (if you were unlucky enough to be caught up in month after month of compulsory saving whilst in lockdown).

But now the Reserve Bank of Australia (RBA) has identified issues that need to be addressed, with Governor Dr Philip Lowe saying it’s time to start winding back the extraordinary monetary support that helped the Australian economy through the pandemic and to curb surging inflation, which is running at an annual rate of 5.1 per cent.

SO WHAT’S THE DEAL WITH INFLATION?

The main driver of higher inflation has been a series of major global supply shocks pushing prices up. Yes, we can point the finger directly at COVID-19, recent lockdowns in China disrupting production and transport, and Russia's invasion of Ukraine increasing the prices of oil and gas, base metals and agricultural commodities. These shocks to global prices make themselves felt around the world, resulting in higher inflation right here in Australia.

However higher inflation also has a domestic component, including difficulty with employers sourcing skilled workers, because in a tight labour market they need to pay higher wages to attract and retain staff (let’s use the example of the "Great Barista Shortage" as a simple example here). Firms in a range of industries are now indicating that they are prepared to pass cost increases through to consumer prices (for example, your morning cup of coffee may well go up in price, or, your local coffee shop may close).

And inflation has picked up more quickly, and to a higher level, than was expected by the RBA, prompting the Board to start the process of normalising monetary conditions. Again, to drive our point home, let’s look closely at this statement:

And that is why the RBA has increased official rates – for the first time in 11 years mind you – lifting by a 0.25 basis point to 0.35 per cent.

The Australian economy has been very resilient – more resilient than anticipated by the RBA – and is expected to grow strongly this year, with the Reserve Bank central forecast being for Gross Domestic Product (GDP) growth of just above four per cent.

Unemployment is low at four per cent and expected to decline further to around three and a half per cent over the course of the year – which would place it at its lowest level in nearly 50 years.

And inflation should start moderating as supply disruptions are resolved and prices settle, with the RBA anticipating that underlying inflation should decline to the top of their target band in 2024. So start marking off your calendar now.

AND ON A STATE BY STATE BASIS (NO NEGATIVES HERE, ONLY FOCUSING ON THE POSITIVES)

Thanks here to CommSec’s quarterly survey of eight key indicators, which compares how each state (or territory) economy is performing compared with “normal” decade averages. Comparing states or territories on the same criteria determines which state or territory is performing the best on a certain indicator. The survey also provides an overview of economic momentum – that is, annual changes of the same key indicators.

If you want to dig a little deeper than the brief overviews below, more information can be found in the Commonwealth Bank's newsroom.

In a relative sense, and for the ninth quarter in a row, Tasmania holds the mantle of the best performing overall economy. The Apple Isle has been punching well above its weight for a while now, but after leading on four of the eight indicators in the previous survey, it now leads on just one indicator – equipment investment, or the spending on new plant and equipment – coming in at 62.5 per cent above its decade highs for the December quarter.

It should come as no surprise that Queensland remains strongest on both relative and absolute population measures, with annual population growth up by 1.11 per cent. An important driver of the broader economy, especially retail spending and housing demand, it’s not surprising the Sunshine State also boasts the fastest annual growth in home prices, up by 27.5 per cent.

Western Australia has the strongest job market, with unemployment standing at the equal lowest in 13 years at 3.4 per cent, 38.1 per cent below its decade-average level; and looking over the year to March, doing best were Western Australia and South Australia with jobs up by 4.0 per cent in both states.

Western Australia also continues to lead on relative economic growth, with economic activity in in the year to December 36.1 per cent above its “normal” or decade-average level of output.

The ACT is ranked second on equipment investment behind Tasmania, and also takes second place behind South Australia on dwelling commencements (starts). Starts are driven in part by population growth and housing finance, and can affect retail trade, unemployment and overall economic growth. The ACT leapt from seventh to second with starts now 26.7 per cent above decade averages.

As outlined above, South Australia ranks first on dwelling starts, but also takes first place on construction work. The measure used for analysis is the total real value of residential, commercial and engineering work completed in seasonally adjusted terms in the December quarter, and South Australia moved from third into top spot at 24.9 per cent above its decade average. In terms of annual growth rates, South Australia was again the strongest performer with construction 28.3 per cent higher than a year earlier.

NSW is ranked second on housing finance (behind Victoria as outlined earlier), with the the seasonally adjusted value of owner occupier home loans up by 60.5 per cent on the long-term average. But on an annual comparison, commitments in NSW were up the most by 8 per cent, followed by the ACT at 3.8 per cent and then Victoria by 0.6 per cent.

Of the eight indicators assessed, all states and territories except the Northern Territory topped (or shared) the leader-board on at least one indicator, although Darwin did have the highest inflation rate at 6.0 per cent…

The Top End was however ranked fourth on relative economic growth (up 21.3 per cent above its “normal” or decade-average level of output), and while Western Australia recorded the fastest nominal economic growth over the year, next best was the Northern Territory (up by 13.1 per cent).

Now that we’ve wrapped some normality and context around interest rates, and taken a look at the positive influences for each of the states and territories, we can see that the situation for property investors isn’t a disaster.

Inflation will certainly pinch at a personal level, as will the mortgage on your principal place of residence, but rents are on the rise at the same time as interest rates, helping offset much of the pain for investors.

And with a stable Australian government (regardless of who is in power), and both major parties committed to keeping the property market afloat, this is the time to keep your eye on your long-term goals, review your strategy if necessary, then stick to your plan…and call your mentor with any concerns!

So, if you’re interested in learning how to build long term wealth through Australian property – despite whatever noise is going on in the marketplace – book in a discovery call with one of our mentors today. 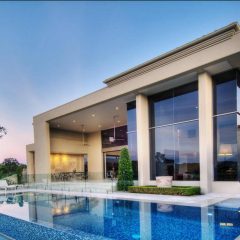 What stays the same, what's set to change? 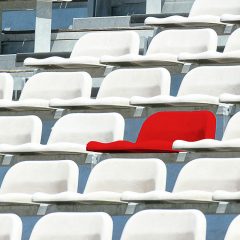 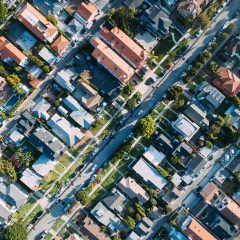 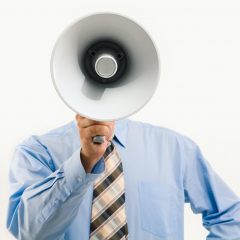 Right now we have multiple factors looming on the horizon – including inflation and interest rate hikes – just before an election. 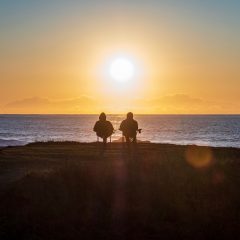 But not as many Australians as you would expect have taken the step of utilising this valuable investment tool. Why is this? 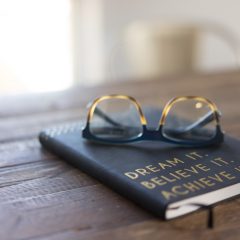 Worried about the impact of the election on property? Don't.

While property was a contentious issue in the lead up to the 2016 and 2019 federal elections, it’s set to be a no show in the current campaign. 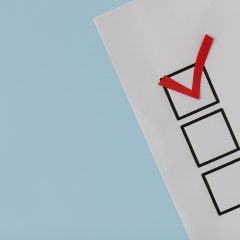 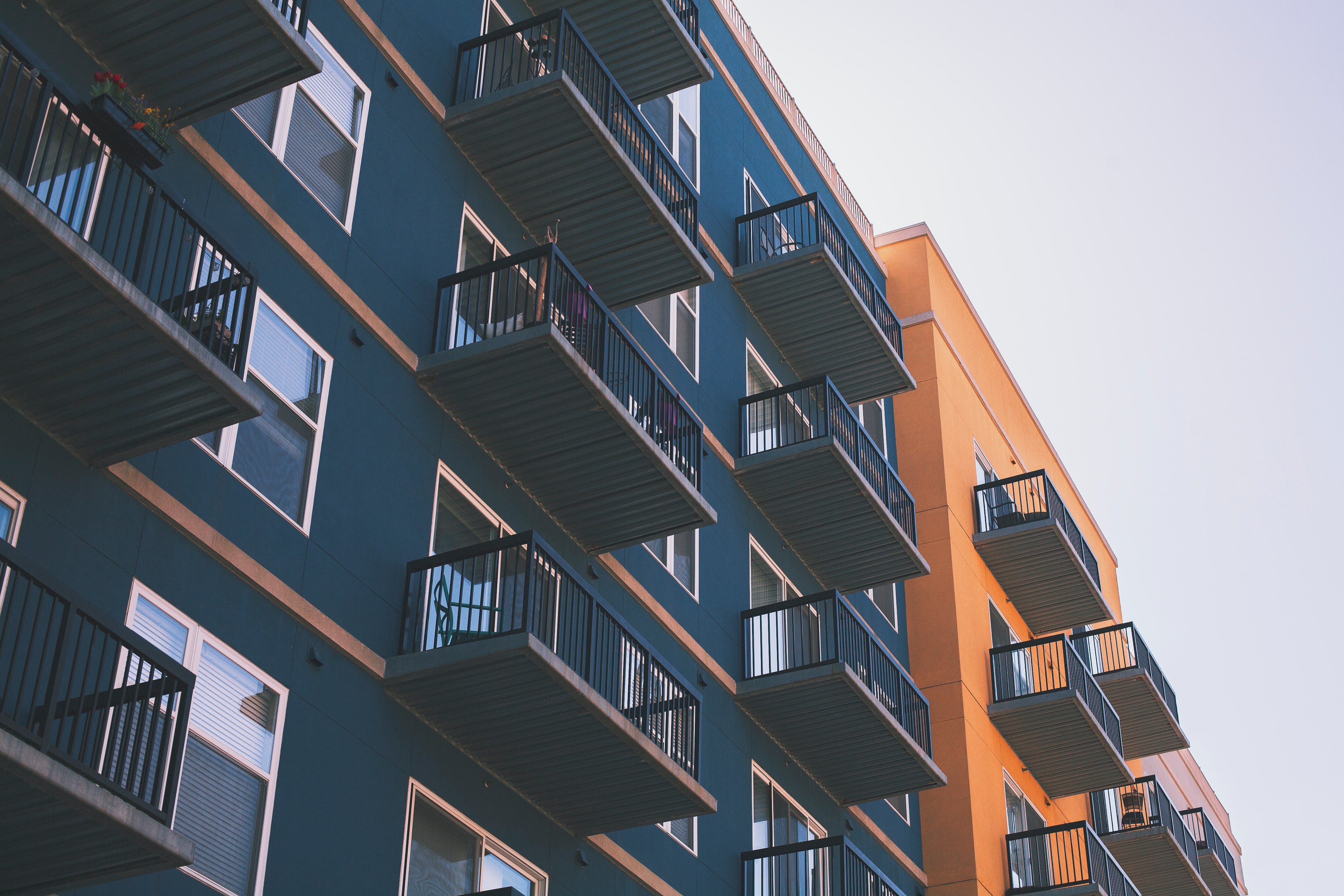